Ah man. I hate being that person. That is, the first person to give a negative review of a book. I just didn’t love this one!

Look, I probably should have checked my review of A Summer Escape and Strawberry Cake at the Cosy Kettle, the second book in this series, before I requested this one. I thought I had given that one four stars, and that this one would be much the same. But actually, it was only a 3-star read for me, and I think I had a lot of the same issues with this one.

It started out well. I found Becca really relatable at first. But her inability to see that Logan was usiing her combined with letting the book club crew walk over her and insist on helping her (“they’re being kind” she says as they push her into something she’s not entirely comfortable with for the fifth time) just made her feel more like a doormat after a while.

Most of the side characters were pretty one dimensional. I ddi mention in my review of the previous book that I thought Stanley was a bit over the top, and that feeling continued in this one. He was pushy, and inserted himself into situations he had no real right to be in. While I understood Becca’s anxieties about her twin sister and thought they were well-written, Jasmine herself was irritating. I guess she was supposed to be a little, though.

A lot of the complications in the second half of the book would be alleviated if the characters just talked to one another. I get that it’s difficult to tell someone you have feelings for them, but a quck “Are you and my sister a couple?” would have helped.

And given that Logan was booking the Cosy Kettle for one night only, it seemed odd that Becca spent a good couple of weeks leading up to his party redecorating the cafe to his requirements.

I feel like such a Grinch giving a feel-good holiday romance a bad review, but I guess at the end of the day I just had too many niggles to really enjoy. 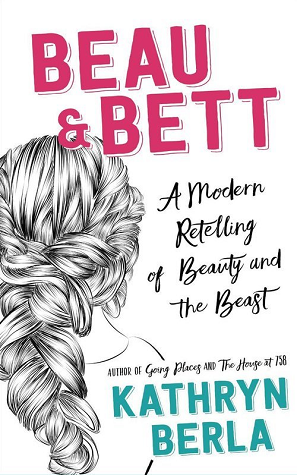 This was a really hard book to rate and review. I found it readable enough. I liked some of the characters. But I just couldn’t work out what the book was trying to do. I had no particular investment in any of the characters and I wasn’t particularly concerned about the outcome.

Now that I’ve lambasted the book with that opening paragraph, I should say that there were certain things I liked. I liked Beau’s part-Cajun family and their dynamics. I liked that Beau was kind of the oddball in the family. I really liked the descriptions of the Diaz ranch. That is something I haven’t really come across in a YA book before, and i liked that Bettina wasn’t afraid to get her hands dirty. She wasn’t going to leave the ranch either – she saw herself staying there and running it eventually. But all the characters ever did was build a fence. Like, every time Beau went over there. Sometimes Bettina would make them a beautiful lunch in the middle of the day, then they’d go back to the fence.

I guess part of my issue was that the links to Beauty and the Beast were pretty tenuous.. I didn’t really buy the romance at all. I think part of the reason for that is that Beau is interested in another girl for at least the first half. And the lie that Beau catches Bett in, according to the blurb… I mean, I got why it bothered him. But I was expecting something a bit bigger.

Additionally, the reasons for Bett being called Bett the Beast at school were kind of flat, and everything around that suddenly seemed resolved at the end. It felt like perhaps the author was trying to do something with the whole #metoo movement and make a comment on rape culture, but it just wasn’t explored enough.

It’s possible that without the claim that it was a retelling, I could have enjoyed this a bit more. As it was, I really looking for parallels with the fairytale, and not really finding them, so ultimately I was disappointed. 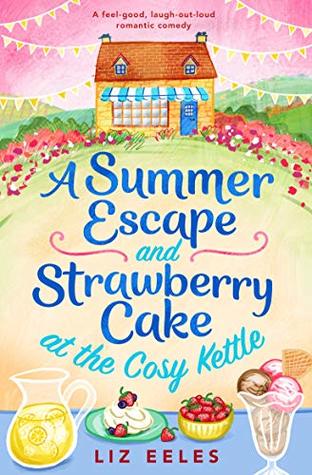 This book was sweet and cosy, just like the title suggests. This was exactly what

When Flora discovers her restauranteur husband in a passionate embrace with one of his waitresses, her world starts to fall apart. She turns to the bookshop and cafe she manages in the village of Honeyford, including a New Age eccentric called Luna, and Luna’s son Daniel and grandson, Caleb. At first, things seem to be getting off on the wrong foot, but soon Flora finds that she is discovering sides to herself that she never knew existed.

This did take a little while to get going. For the first third of the book, the conflict was all a bit superficial. Malcolm, Flora’s husband, showed up a few times and made things awkward or difficult, and quite a lot of the conflict in the book was “Oh, I don’t know whether to leave Malcolm for good or not!” which became a bit repetitive after a while.

There is a bookish mystery going on through a lot of the book as well (again, this got a little repetitive, particularly as I had predicted the outcome pretty early on). I have to say I did find this whole plotline a little unlikely – the idea that a self-published book that seemingly was just thrown onto the Internet in its first draft form could be so perfect and universally adored by every woman in town… hmm.

Some of the characters did seem a bit over-the-top, such as Stanely, who at 80 has decided to live life to the fullest, and embrace extreme sports. But I did like some of the other characters, such as Luna. Yes, she aws a bit of a hippy, but she meant well and really looked after Flora.

I enjoyed how Flora came to care for Caleb, despite not being a kids person. I thought the misunderstandings between her and Daniel, particularly when it came to Caleb, were quite well done. She didn’t know what she was doing and made some mistakes, but Daniel was able to see that Caleb did care for Flora as well. I have to admit I didn’t really feel like there were ever sparks flying between Flora and Daniel. Obviously, I could see the direction the book was going to take, but their feelings developed maybe a little too slowly/subtly.

Still, this story of finding love and finding yourself in a small town community was a fun read, and sometimes that’s just what you need.