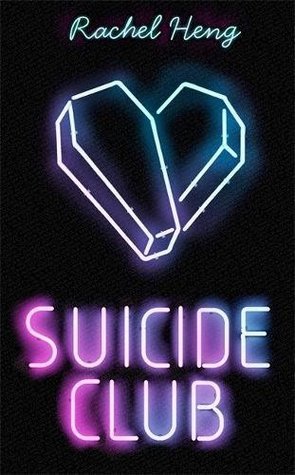 This book got me out of my reading slump! Yay! It’s not a perfect book but it was entertaining and sometimes (a lot of the time) that is the most important thing.

Suicide Club is set in a future USA where bodily enhancements have advanced to a point where humanity is on the verge of immortality… but not for everybody. Only the best people deserve it. And now a terrorist organisation calling itself The Suicide Club is sending out viral videos, suggesting that endless life isn’t all its cracked up to be.

There are two central characters in this story: Lea and Anja. I’m sure if I check GoodReads there will be plenty of reviews bemoaning the fact that Lea is The WorstTM and not a bit likeable. And she is both of those things, but I found her incredibly compelling anyway. I wanted to see her crack.

It’s a lot easier to sympathise with Anja, though I did find some of her story didn’t really go anywhere. I did like the way she lived her life subversively, though.

Sometimes I felt that the future world didn’t really feel futuristic enough… they still have cars n the future and pay for things with cash when electronic payments aren’t convenient… the New York subway still exists, seemingly in its current form. If you do the maths, it has to be set at least two hundred years into the future and I wasn’t entirely convinced of that.

The plot is slight; a lot of this is about the characters’ journeys. But I found it entertaining, and that was the main thing.

6 thoughts on ““Something has to change. In being robbed of our deaths, we are robbed of our lives.”// Review of “Suicide Club” by Rachel Heng”