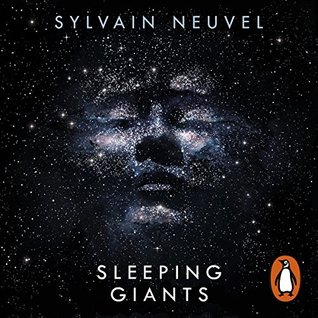 This book makes a great audio book, for many of the same reasons that World War Z did. Mostly because it is written in the form of transcripts of interviews and other recordings, all of which translates very well to audio. The full cast is amazing and they give a great sense of this cast of varied characters. It wasn’t perfect, there are some things that could have been done better, and there were a few little inconsistencies in the story itself, but this was definitely a book that made me not mind having.

I really loved the exploration of the political side of discovering alien artefacts on Earth. Who gets to claim them? How will other nations react to learning that the US  has been invading their turf on the down-low and taking back pieces  of alien tech? What will the President say? This was an overarching theme, but the impact of this discovery on the individual characters directly involved was also engaging. I loved Kara’s prickliness and Rose’s passion. I liked seeing how Vincent was an outsider but the others still cared for him. I even grew fond of the unnamed interviewer. Kara is correct when she tells him at the end that he is full of mush inside. He totally is.

I compared this book to World War Z above, and there are ways i think it improves on that audio book. In that one, Max Brooks played the interviewer, but he also read out the parts that weren’t the other characters speaking. Where I imagine the book had “[laughs]”, he would read that out. In Sleeping Giants, the actor actually laughs instead, which made it feel that bit more authentic. But there were still scenes where something was clearly going down in the background and all we could hear was the person narrating the events. I know this is an audio book and not a radio play, but that did lessen the effect a bit for me.

Still, I had the second one out from the library before I had even finished this one because  I knew I would want to continue. This is a series unlike anything I’ve come across before and I’m eager to continue.

2 thoughts on ““It’s easier to be just one more soldier in a giant army than being the whole army by yourself.” // Review of “Sleeping Giants” by Sylvain Neuvel”