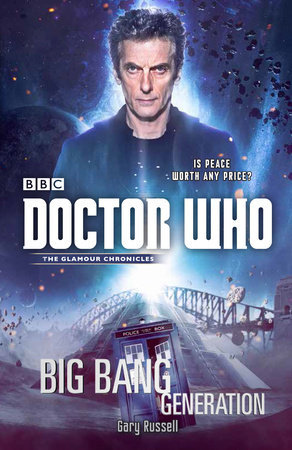 Yikes. While it’s true that the Doctor Who novels have always been a bit hit or miss for me, I’ve got to say this one was worse than most.

When a pyramid from another world appears in Sydney Harbour on Christmas Day, 2015, the Doctor, along with old friend Bernice Summerfield and her family, have to find an ancient artefact and put it back where it belongs before the pyramid and the people who built it destroy the universe.

I’ll get my big rant out of the way first. I’m Australian. And there were a lot of little things that made me feel Gary Russell didn’t do much research into Australia before he wrote the book, even though it was apparently written while he was spending time in the Blue Mountains. For example, he (through the Doctor’s inner monologue) wonders over the fact that Australia is caught between its British colonial roots and more recent American influences. All right. So far so good. But the example of this is that we spell “harbour” with a “u” and “Labor” without it. Yes, our Labor Party is spelled that way because it was influenced by the American Labor party in the early 20th century. But in any other context, we spell it “labour”, which about two seconds of research could have confirmed. It was little things like that this that made the Australian aspect ring false, and I was disappointed, because I really wanted an Australian-themed Doctor Who story!

I also didn’t like many of the characters. While the Twelfth Doctor is often grumpy and curmudgeonly, I usually find that he’s loveable underneath it all. That didn’t really come out in the dialogue of this book until right at the end. I will admit I am not familiar with Bernice Summerfield, having never listened to the audio adventures she featured in (I thought I had, but it turns out I was confusing her with Evelyn Smythe), but I really didn’t warm to her, either, and the other members of her family all felt like rather 2D characters.

On top of  that, the plot was rather convoluted and confusing. This is technically the second in a trilogy, but as other Doctor Who novels generally stand somewhat alone, I expected the same from this one. Perhaps everything would have made more sense had I read the first book, but I don’t really know. There were a lot of time loops, and characters jumping from one century to another and one planet to another. When a lot of side characters felt much the same, I was never really sure where we were or how it all tied into the larger plot.

Overall, this one was far more “miss” than “hit” for me, but of course, I won’t let that put me off exploring more of the series.