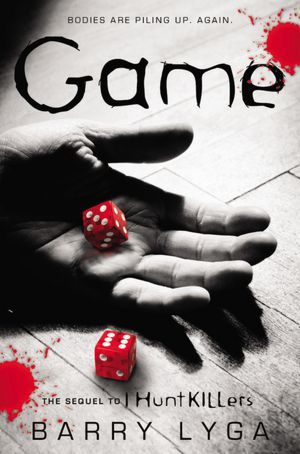 While this instalment in the series took a bit longer to get going than the first book, I still found the it to have a high chill-factor that made me want to speed through the pages.

After the events of I Hunt Killers, Jazz is summoned to New York to consult with the NYPD on a serial killer case there. While he still has concerns stemming from the aftermath of the Impressionist case, he and Connie go along anyway, and soon Jazz finds himself closely linked to the murders in NYC.

This book benefits from spending less time in Jazz’s head. I found the first book started getting a bit repetitive with all of Jazz’s “Will I, won’t I?” about becoming a serial killer like his father. However, it did take a while to get going, as the set-up of Jazz’s visit to NYC and the establishment of how the Hat-Dog murderer was working took some time to cover. This book also spent more time in other POVs, which I felt slowed down the pace a bit, even though in most cases it did need to be done to continue advancing the plot. There is also the fact that you do have to suspend a fair bit of disbelief about the NYPD taking on a 17-year-old as a consultant, but I am pretty good at suspension of disbelief, so I was able to get around that.

I did like the revelation of the titular “game”and how it fitted into everything. It was particularly gruesome, but also rather clever, in a macabre sort of way. However, the revelation that formed the book’s cliffhanger did not come as the slightest surprise to me, as there had been so much effort spent throughout the book to make me think the opposite was true that I couldn’t help but assume this revelation to be the case.

Still, the first book set a huge standard, and this a good follow-up, even if it doesn’t quite live up to its predecessor.

One thought on ““Jazz felt as though his own life was a minefield, one he’d lost the map for.” // Review of “Game” by Barry Lyga”