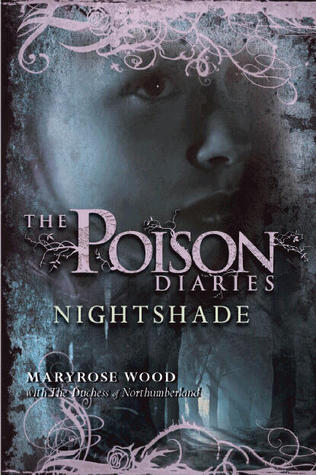 This book went in rather a different direction to the first one, and I’m still not entirely sure what I thought of it. Still, it was as easy to read as its predecessor, not requiring much effort to get through.

After the events at the end of the first book, Jessamine and Weed are separated, and Jessamine is quite sure she can’t trust her father. The voice of Oleander is still in her head, and she begins to follow his orders after he promises her that he can reunite her with her beloved. Meanwhile, Weed travels to Italy to a famous garden of healing, determined to find the right plants to cure Jessamine of whatever the Prince of Poisons has in mind for her.

In the case of both characters this time around, there was a lot of traveling and not much else happening. Some new characters are introduced, and there are certain events that increase the tension a bit, but these are generally addressed in a chapter or two and subsequently don’t have much effect.

It is only in the last third that a conspiracy affecting the larger plot arc really starts to take shape, making me think that this is another case of a second book really just setting up for a third. That, combined with the fact that reviews for the third book are scarce, and also that there was also a change of author, make me think I will probably leave this series here.

One thought on ““Truth, terrible truth! Yet without it, how can one make sense of life’s madness?” // Review of “Nightshade” by Maryrose Wood”