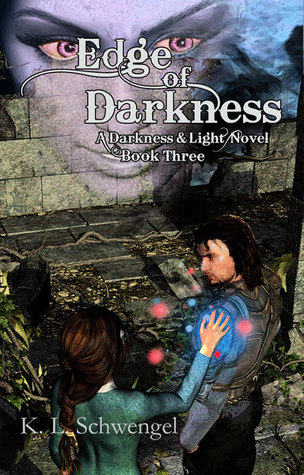 While I didn’t find this book to be quite as epic as the first two in the series, I thought this was a very satisfying conclusion to the Darkness and Light series, which I had been following for a few years now.

Ciara, Bolin, Berk and the other characters are still dealing with the huge aftermath of the battle at the end of the previous book. Bolin in particular, is trying to mask the immense grief he feels over Nialyne’s death, and Berk is still plagued by nightmares over his actions, even if he wasn’t in control. And all the while, it seems an even bigger threat is looming…

The thing I liked most about this book is that we got to see some sworn enemies working together, not strictly for the greater good, but it worked in both their interests to form a bit of an alliance. We also got introduced to some new characters who were just as interesting as the ones we’ve been spending time with. I really liked Ferris in particular, mostly because he brought all of the snark with him, but also because we gradually learned things about him that made him even more interesting.

I did feel the story lagged a little bit because the characters did quite a lot of travelling. However, this was offset with enough action on the road to keep me reading. The story concludes with an exciting climax that doesn’t quite go the way you (or some of the characters) expect. And I really liked the conclusion to Bolin and Ciara’s personal story. It made me smiley.

I’ve said it before, and I say it again, if you’re a fantasy fan, then the Darkness and Light series is definitely worth checking out. K. L. Schwengel is definitely a writer to keep on your radar (and I’m not just saying that because she’s a blogging friend/colleague 😛 ).

4 thoughts on ““You cannot have light without darkness, any more than day without night” // Review of “Edge of Darkness” by K. L. Schwengel”