I’ve managed to be pretty productive in the last week! Hurray! I perhaps should have done a bit more studying over my time off, but I decided to enjoy the time instead. I head back to work tomorrow and I can get to work on the next essay then as well. 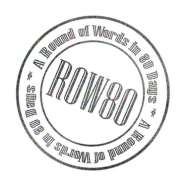 It  would seem that no matter what I set out to write, some kind of epic and/or tragic romance always manages to make its way in there. This has happened with my Camp NaNoWriMo plans. I was supposed to be revamping and planning in more detail my WIP from last November’s NaNo (you know, the one with Armand and Bianca, and Josephine who was turned into a statue for 500 years and finally escaped?). I’ve accidentally ended up with a sympathetic antagonist, when I was going for “evil for the sake of evil” (almost – she did still have her own motivations). In her case, the romance is more on the tragic end of things.

As part of the Camp NaNo stuff, I’ve written some important scenes from this antagonist’s back story. It’s from this that I’m taking today’s WIPpet. I need you to imagine a large homestead on a farm out in middle-of-nowhere Australia, around the end of the nineteenth century. If you need an example, I have the Monte Cristo homestead, which is purportedly the most haunted house in Australia, in mind. Rosa is young and naive, and a member of the household staff. Frederick Merrow is the head of the household, and has been teaching Rosa magic in their spare time (there’s a pretty extensive back story for him as well, how he got into magic, etc, but I’ll go into that at a later date). My WIPpet maths is eight paragraphs for the 8th of April.

“It’s all about the right mind-set, you see.” Frederick put his index and middle fingers against Rosa’s temples. She felt herself blushing from the contact. “You have to believe you can do it or it won’t work.”

She glanced up at him. “I believe I can do it. It’s just… well… I still feel like I shouldn’t.”

“If God was going to smite people for performing magic, Rosa, he’d have got me years ago. You’ve got nothing to fear.”

He removed his fingers from her head, and stood, moving around to Rosa’s side of the table. He squatted down next to her and put an arm across the back of her chair to balance himself.

“You can do this,” he breathed in her ear.

She wanted to do this. She wanted to prove to Frederick that she was a worthy student. He believed she could do it, so she had no reason not to believe it herself. She stared at the unlit candle between them, willing it to light. In her mind, she saw the same candle, a flame flickering at its top. She closed her eyes, focusing on that image until her head was pounding.

There was a faint whooshing sound, and then Frederick’s hands clasped her shoulders. She opened her eyes and saw the flickering candlelight.

I haven’t actually figured out yet whether they would be on first name terms yet (particularly Rosa calling Frederick that), but given that this is unlikely to be in the actual finished work and is mostly just for my benefit, I figure it doesn’t really matter. I’m also yet to entirely figure out the magic system, so I’m just rolling with what comes to me right now.

I am actually loving Rosa more the more I write of her, and I have a feeling it’s going to be much like when I played Abigail in The Crucible last year. Everyone else was like, “Wow, what a bitch” and I was all “YOU JUST DON’T UNDERSTAND.” Which is still how I feel about Abigail.

WIPpet Wednesday is a blog hop hosted by the very fabulous K. L. Schwengel. All you need to do to participate is post an excerpt from your WIP that somehow relates to the date (eg. 8 paragraphs for the 8th of April. I went simple, but encourage creativity). Then link up with us here. And on that subject, you can learn more about ROW80 here.

Anyway, time for this week’s goals.

I think that’s all I need to work on this week. If anything else comes to mind, I’ll add it in later. I’m going to go now and consider reading about Britain’s involvement in the Seven Years War, though its more likely I’m going to watch something on Netflix. (Netflix is still new in Australia. For those of us who didn’t know there are free VPNs out there, anyway. Don’t judge.). See you later!