It’s the last WIPpet Wednesday for 2014. How did that happen? I ended up not showing up on Christmas Eve, but I’m back now, and feeling a bit reflective. 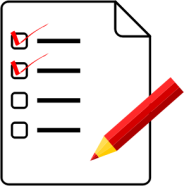 I’ve been looking over the goals I set myself throughout 2014. I didn’t meet all of them, but I did pretty well. The only thing that slightly bothers me is that I didn’t get myself into gear enough to publish A More Complicated Fairytale during the year, but I’m not letting that get to me too much. With any luck, it should happen next year. I did give up on a couple of WIPs that just weren’t getting anywhere. It took a while to get past the guilt. I tend to have this idea that once I start something, it ought to be finished. Even now, I keep thinking, “Well, I can always come back to it…” even though it’s unlikely that will happen. I’m still working on persuading myself to delete the Pinterest boards.

2015 is going to be busy, but I will be posting tomorrow with more info on where I hope 2015 will take me (I like having looking-back posts on New Years Eve and looking-forward posts on New Year’s Day, it’s a thing). As for now, one last WIPpet for the year. I’m being sneaky. Since this is the last day of the year, I’m giving you the last paragraph of my NaNoWriMo manuscript. Which is by no means the end of the story, but I hit 50k and threw up my hands and said “YAY! THAT’S IT!” (Also this was November 29 and I was auditioning for My Fair Lady the next day, so I wanted to spend the rest of the time preparing for that).

There was a puff, and the demon disappeared. “Well, there you have it,” Miriam said. “You can’t argue now.”

Yes, I ended up with demons in my story. Also a woman named Miriam, who is a demon master and about whom I had completely forgotten about until now. I also feel like the demon should disappear in a puff of something.

The whole demons thing will probably work a lot better in the next draft, and be introduced as a concept far earlier than it was in this one. In fact, a lot is changing in the second draft. Magic isn’t as common as I tried to make it in the NaNo version, and it’s set in a more Victorian era than modern-day… which means looking at pictures of Victorian waistcoats on Pinterest is totally research, right? (But seriously, this suit I picked out for Armand is very pretty). I actually had a document running concurrently to the story for most of November in which I was making notes for how it could be better-developed in subsequent drafts, even while I was just rolling with what I’d originally started with for the month.

To join in on WIPpet Wednesday, simply post an excerpt from a current WIP that somehow relates to the date (feel free to get creative with that) and link up here. There are always some very awesome offerings. Thanks to K. L. Schwengel for hosting.

Anyway, this post is getting a bit long and ramble-y now, so I’ll finish up here. Happy New Year! I’ll see you in 2015!

7 thoughts on “WIPpet Wednesday – I write about demons now. Demons are cool.”